According to Dr. Peter Moyle, at one time 10 native fish species were found in Clear Lake.  Now, only 4 of these species remain.  One of these, the Clear Lake Hitch (Lavinia exilicauda chi), was placed on the California Fish and Game Commission's threatened list in August 2014.
The hitch, which as recently as the 1970s numbered in the hundreds of thousands, is now struggling for survival, with current population estimates in the 5,000 to 10,000 range.
Unlike some of the other native fish species, the Clear Lake Hitch adapted to droughts.  However, the loss of more than 90 percent of its spawning habitat, as well as water pollution and predation by nonnative fish species introduced  to boost sport fishing, have taken their toll. 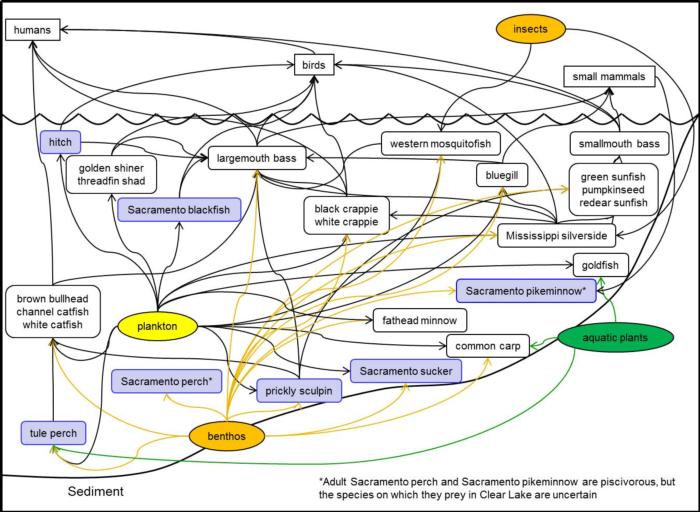